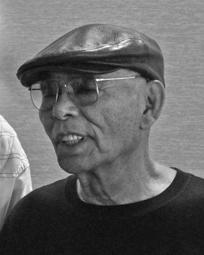 A week ago today, the RyuTe® Renmei Association, of which I am a very proud member, lost its founder, leader and teacher, Seiyu Oyata. With his passing, at age 82, the world lost one of the great martial artists of the 20th Century. “Taika”, as Oyata’s students and family call him, spent over 60 years developing his ideas about life-protection (biography). His teachings have had a profound effect on generations of martial artists, including myself, and I feel immensely privileged to have known him. Although I am heartbroken at his loss, I am also hopeful for his legacy, which I believe will live on in the efforts of his students, many of who have trained with him for much longer that I have. Thank you for everything Taika. Rest in peace.

5 thoughts on “In Memoriam”